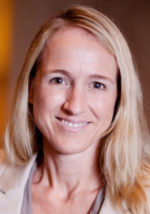 OPERATIONS MANAGER
Sally-Anne Käsner is a Director of Circular-Vision, which was founded in July 2018 to assist companies / organisations to transition to a circular economy.  The intention is to understand the core business and the value chain to assess where the most appropriate point of entry is to start making the transition to circularity.  A background in waste management and many years in the sustainability consulting environment (since 2003), has provided a sound base from which to work.  Products and packaging need to be designed with circular economic principles in mind from the start to ensure material integrity along the value chain.  Sally-Anne Käsner is a founding member and Operations Manager for EcoStandard (083-558-NPO – www.ecostandard.co.za), and a founding member of the African Circular Economy Network (195-590-NPO – www.acen.africa). 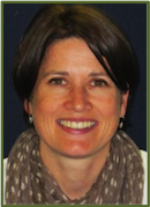 Bonté studied Biochemistry at the University of Stellenbosch and obtained her BSc (Biochem) Honours in 1997. In 2000, she undertook an MSc in Environmental Biotechnology at Rhodes University, completing in 2001. She has been involved with EcoStandard since the development of the assessment tool and criteria, and is one of the assessors. 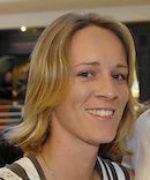 BUSINESS DEVELOPMENT:
Tamryn Heydenrych is a Senior Environmental Scientist at JG Afrika (Pty) Ltd with a background in Environmental Management.

Tamryn studied Environmental and Geographical Science at the University of Cape Town and obtained her BSc (Physical Geography) Honours in 2006.

She has a background in Environmental Impact Assessments, Environmental Management Programmes, Environmental Auditing, , project management and the review of Green Building Council of South Africa assessment applications for existing buildings. Tamryn  has been involved with EcoStandard from 2014 and is one of the assessors. 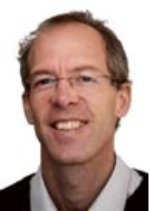 Prof. Von Blottnitz is currently a Professor in the Department of Chemical Engineering with main interests in the processing of biomass to fuels and the life cycle assessment of engineered processes to identify environmental improvement opportunities.

His group also applies process and systems engineering skills to the closure of substance cycles in the economy, and to minimise environmental impacts by wastes and emissions, especially in South Africa’s resource processing industries.

BOARD MEMBER
Simon Gear is a presenter and educator as well as an environmental advisor and consultant.

Gear studied climatology to Honours level at the University of the Witwatersrand. In 1999, after a brief stint as a Geography teacher (Edenvale High), he joined the SABC as a senior consulting climatologist and since then has provided expert comment on climate matters on most of South Africa’s public and private radio stations, as well as producing and presenting weather reports for all of the SABC’s domestic and international television channels. He was also responsible for the training and skills upgrading of all the weather personnel at the SABC. In 2011 he left SABC TV weather to focus his television efforts as anchor of South Africa’s premier environmental show, 50|50. In addition to his TV work, Simon provides weather and science coverage for Primedia.

Simon is a best-selling author and also writes a wide range of columns.

BOARD MEMBER
Grace Stead started her career as a town planner in local government, but soon realised the challenges of urban living and shifted across to actively promoting sustainable development through Local Agenda 21. After working for local government for 12 years she decided to start a company that focuses on practical sustainable living.

She is passionate about project implementation around issues such as event greening, green building, smart living and low emission development in different industries. She is a skilled facilitator, trainer and public speaker. She is a dedicated hard worker but loves to travel and enjoy life. 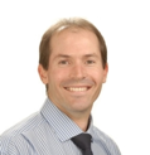 BOARD MEMBER & TECHNICAL COMMITTEE
Sean Doel has a BSc (Hons) in Geology (UCT), BSc in Biochemistry (UNISA), MSc in Environmental Geochemistry (UCT) and postgraduate training in Environmental Toxicology from RMIT University in Australia. Sean is one of South Africa’s leading environmental risk management specialists, with experience in both government and private sector work. He has worked at national policy level as well as on a wide range of environment and sustainability projects as both a specialist and project director.

As a toxicologist Sean has advised on public health risks and industrial compliance across a range of hazardous chemicals including heavy metals, organics, radionuclides, explosives and chemical warfare agents. He acted as the lead toxicologist on the development of methodologies and screening values for the Department of Environmental Affairs as part of the Framework for Contaminated land Assessment in support of the National Environmental Management: Waste Act (no. 59 of 2008).

Sean’s background in toxicology and health risk assessment naturally led to an interest in sustainable building materials. He has been an active supporter of the GBCSA having chaired the development of the materials section of the GBCSA Retail Rating Tool as well as acting on the GBCSA PVC Technical Committee. In 2008 Sean cofounded Simply Green, a lifestyle magazine dedicated to sustainable living, and in 2010 was awarded the Magqubu Ntombela / Ian Player Cub Award at the 22nd annual SAB Environmentalist and Environmental Journalists of the Year Awards for his role as Founding Editor of the magazine 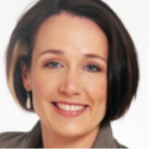 BOARD MEMBER & TECHNICAL COMMITTEE
Michelle Ludwig is a principle green building consultant for Ludwig Design Consulting. She gained international experience in green building design and rating systems with the firms HOK and William McDonough + Partners and now caters to the South African context. 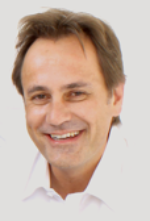 BOARD MEMBER
Mark Dittke holds a Master’s Degree in Environmental Law (LL.M) from the University of Cape Town and is currently the managing attorney for Mark Dittke Attorney, a law firm specialised in Environmental, Health and Safety law.

Besides assisting clients with general legal advice, or in litigation, a strong focus of his work is in the ISO 14001 and OHSAS 18001/ISO 45001 fields where he helps to ensure that they obtain and maintain their certification. This is done through legal compliance audits and assessments, as well as the compilation and updating of Legal Registers identifying site and process specific legislation and advising clients of any legal changes.

He provides expert legal services to the corporate, industrial and government sectors, as well as consultants, other law firms and NGO’s. 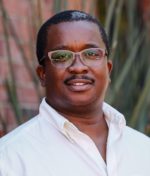 BUSINESS DEVELOPMENT
Thulani Kuzwayo is the Design Strategy lead at a regenerative design boutique firm. His role involves the development and implementation of the company’s design methodology anchored on human-centered design and systems thinking. The defining feature of the collaborative work is trans-disciplinarity.

In another role he was involved in the generation and oversight of the development and growth of profitable new commercial opportunities. This included the development and maintenance of effective key stakeholder relationships. These were top property owners, property tenants, developers, investors, and financiers who were motivated to commit to ensure that their property activities fully embrace environmental sustainability